In Young Frankenstein, there's this wonderful moment when Gene Wilder finds his grandfather's, Dr. Frederich Frankenstein's, enormous book of How I Did It.  Naturally, this revelation is accompanied by a convenient roll of thunder. 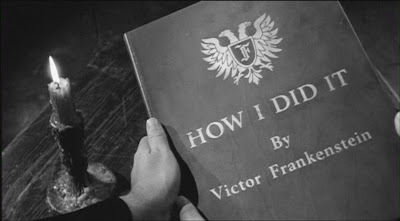 
I'll share how I got my first publishing credit and then leave a comment about how you got your first big break!

Like most authors, I was writing from a fairly early age.  (You can read more about that here.)  But it wasn't until high school that I began to think about publishing.  Until then, I suppose I thought that somehow books just happened, like babies.  But my dearest friend, Kristen, gave me Mercedes Lackey's first Valdemar series, which introduced me to the world of Fantasy fiction.  (I had been, and still am, an avid fairy tale afficiando, but hadn't realized that the genre had come so far.) 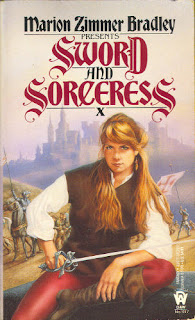 This led to me scouring the shelves for more fantasy books, and in my travels I discovered Marion Zimmer Bradley's Sword and Sorceress Anthologies, specifically Volume X.  In it was this wonderful and poetic short story by Francesca Myman, entitled: "Night, Who Creeps Through Keyholes."  I don't remember much about the story; it was metaphoric, it was glorious...it was written by someone my age.  It was published by someone my age!  I had no idea people our age could write that well...let alone pursue something so grown-up as publish!

This would probably be a good place to mention that I'm really competitive.

After that, I put together some truly awful and derivative pieces which have long been forgotten - lost or languishing in a file - and which were, one and all, wisely rejected.  Nevertheless, every year I faithfully sent in another submission, determined to be published by Marion Zimmer Bradley. 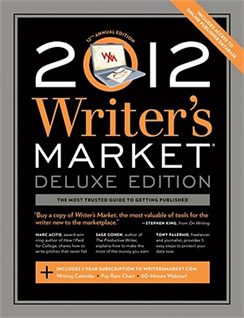 Nor did I stop there.  My scholarly superpowers served me well.  I subscribed to Writer's Digest and read the articles avidly.  I read the classifieds in the back.  I read the ads for books from Writer's Digest.  I splurged and bought their Writer's Guide to Fantasy and Science Fiction.  (I still have it!)  I read it from cover to cover, underlining and making notes as I went.  (And even in this interwebby age, I still recommend their Writer's Market as something to purchase every few years.)  And I began sending out submissions to every magazine that would take stuff.

Around this time, my mother being a wise woman and concerned for her daughter who spent every waking moment reading or writing, invited our next door neighbour to come over and have a chat with me.  Now our neighbour was a struggling musician, and every so often I remember hearing his band playing.  They came caroling to our door every July dressed up in winter coats and knit hats.  They were the bohemians of central New Jersey.

This fellow, whose name I can't recall, stood in the door and attempted to dissuade me from the life of an artist. (I've mentioned my pigheaded competitive streak, yes?)  He said, "You're going to be rejected 99 times before you make one sale."  I nodded and thought that those were pretty good odds.  Our neighbour shrugged apologetically to my mother and went back to his band; my mother went to the kitchen; I went back to writing dreck.

True to his word, my high school and college career were chock-full of nothing but rejection letters.  (I'll write about those rejection notes in another post!)  It got tiresome after a while, and between discovering theatre and a social life in college, I wrote little and submitted less. 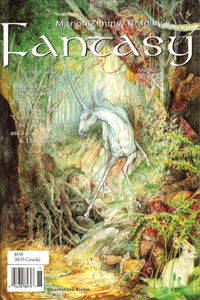 But in my junior year of college, one day I returned home after rehearsal to find my door completely covered in construction paper, with cheery markered notes congratulating the Real Published Author.  An acceptance had arrived at my home in New Jersey, Mum had opened it and telephoned immediately.  And since I was not home (theatre eats your life, but it's a nice digestion!), she had squee-ed at my household sisters, and they in turn had run out of magic markers to celebrate!

Ironically, and satisfyingly, I had finally sold to Marion Zimmer Bradley; more specifically, to her Fantasy Magazine.  I had broken through.  That spring break, I was in Kansas with my household sisters (they had a car, a destination, and a free seat; I went to Kansas), and signing my very first contract.  It was Heaven.

It was also a truly defining moment for me: I had broken through.  No longer would my cover letter try to cover the fact that 'til that point my publications were all school-related...or that I had been the editor-in-chief of everything.  I was being paid for my work.  I was being paid for my work by a tastemaker respected by her field.  I had learned how to take rejection and how to write for a market.  I was an Author with a capital Auth.  And it was worth every single rejection.

How about you?  What was your first publication?  What market are you especially eyeing?  Sound off in the comments below and encourage your fellow authors to keep on keeping on!

So, what's the importance of that first publication?  What else can it lead to?  For me, it led to a modest win as the "best story" of the Fantasy Magazine, and then an invitation to submit to Sword and Sorceress XIX, which for some reason actually published my Better Seen Than Heard.  And these two credits gave me the oomph to propose Niamh and the Hermit to Arx Publishing, LLC - which, although it wasn't written at the time, they accepted.  Which in turn led to them proposing that I write some short stories from the world of the Twelve Kingdoms, which led to Charming the Moon.


And if you're interested in the Sword and Sorceress Anthologies, you can thank the lovely Vera Nazarian (who recently stopped by for the Teatime Ten!) for continuing the series.  You can read more about the submission guidelines and forthcoming anthologies here!  Or check out some older volumes to read Vera's own wonderful work!
Labels: arx publishing charming the moon marion zimmer bradley marion zimmer bradley's fantasy magazine niamh and the hermit publishing 101 sword and sorceress teatime ten vera nazarian writing
Reactions:
Emily C. A. Snyder
Artistic Director and Co-Founder of TURN TO FLESH PRODUCTIONS. | Author of "Nachtstürm Castle," "Niamh and the Hermit." | Playwright: "Cupid and Psyche," "Math for Actors." | Classical director and educator.