This is from a Goodreads discussion - join in the fun over there! Or check out the Nachtsturm Castle discussion board!

I've been thinking for a while that the sort of writing that works best for me (aka Gets Me To Finish Writing the Bloody Thing) is what I'll call "Performative Writing."

The idea behind it is not dissimilar to how people used to write novels: one chapter a time for a daily or weekly newspaper. Dickens wrote that way; Hugo wrote that way. It seems that Louisa May Alcott and Lucy Maude Montgomery both wrote that way if not for newspapers, then for their families. None of these authors would agree at all with Adams' blithe: "I love deadlines. I love the sound they make as they whoosh over my head." (A line later cribbed by the screenwriters of Pirates of the Caribbean 2.)

Performative writing today takes place most often in fanfiction and paraliterature, on message boards and blogs, but the result is the same: because there is an audience immediately reading, commenting, reflecting, guessing, criticizing, and otherwise egging the author on to Finish the Bloody Thing (FBT) just through the audience sitting there expectantly...the Bloody Thing is Finished.

I like Performative Writing. However, I've only ever been able to do so with Jane Austen paraliterature. I do wonder, though, whether it would be interesting...or profitable (a girl's gotta eat!) to return to Performative Writing with original work, too. 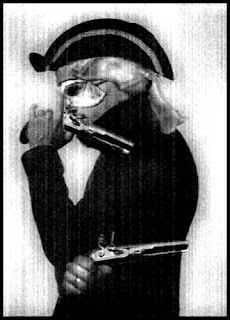 I'm of half a mind to see if something can be done - through apps or .pdf or something with one of my more sprawling novels, "The Sable Valentine," which is an epistolary fantasy, set in something between Regency-Victorian Europe. You can read the first bit of the first volume here: http://sablevalentine.blogspot.com/