It Ain't Over 'Til the Thin Lady Sings 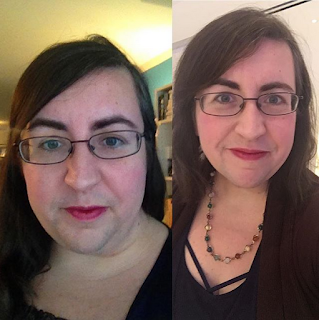 All my life, I've wanted to be thin.

There, I've said it.

I've hated my love handles, my double chin, my stomach.

No matter if anyone told me I was pretty (which, by the way, wasn't often - or if it was often, I couldn't hear it), I had difficulty believing that I was allowed to be visible.  I've blogged about this before, and I'm sure I'll blog about it again, but it was "safer" for me to be fat.  Not just from the vagaries of the world, but also from myself.

There's a wonderful line from Jane Austen's Mansfield Park: “You must really begin to harden yourself to the idea of being worth looking at.” (Chapter XXI) 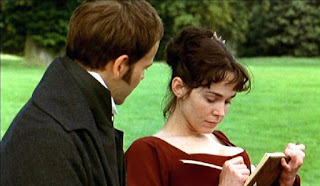 One of the things that I've been working through in this year of thinning down is how I've pursued socially acceptable ways of being invisible - of teaching, writing, directing - all good, even great things.

But all "unhardened" to the idea of worth being looked at.

So as I was clearing out my iPhone, I was interested to run across a video from October 2016, which you can see interspersed with Emily December 2017 below.  For context, at that time I was at my peak of weight gain, being some two years out from the break up and in the middle of a disastrous run of a show which still involved the ex.  (Never let it be said that I passed up an opportunity to make a poor decision!)

Having been systematically beaten down and made little through a few outside influences, including that mentioned above, while also being emotionally manipulated by a business partner, and just New York City being...well, New York City, I wasn't in the most awesome of places.  As you can see in the video, I'm flitting around quickly as though "if I go fast enough, you won't have time to criticize me."  You can hear it in the greater fluttering of my singing voice, let alone how high and nervous my speaking voice is.

In fact, about the only thing I miss about Emily of October 2016 is my hair.  (Your hair thins out along with your body for a time after surgery.  Please God, the former's coming back.)


Yet this video is important, because it was also just a week or two before I made the decision to alter my life forever.  It was a week or two before the play with the ex stopped, and I was finally able to excise him from my life.  It was maybe a month or two before I removed the unhelpful professional influence.  And it was just four weeks before I decided to bite the bullet, jump through every hoop, cross every T and dot every I, get all the blood drawn from my body, visit every doctor, submit to every test, change my eating habits and get my damn life under control, dear God help me, AMEN!

Among the other changes, in January 2017, after receiving The Art of Asking by Amanda Palmer from my dear friend (who's mentioned in the footage above, and who used to accompany my operatic singing in high school...so long as she could rename all the French music with silly titles), I began a Patreon page.  Another dear friend immediately signed up for Monthly Music, which was more than a little terrifying since it meant that I must, at least periodically, be seen.  (You can check out the playlist of me singing on YouTube, and then access considerably more secret videos over on Patreon.)

I never released the above video from October 2016.  And to my chagrin, I've destroyed a few of  older videos since.  But there's something about literally facing yourself, and so I've recorded Emily of December 2017 singing the same song to see not only how my body but how my soul is a year later.

What I see, at least as far as one can see anything, is that I'm certainly more at peace.  More calm, more collected, more willing to make a mistake and roll with it.  My voice has a straighter and less quavery tone.  I'm not rushing.  I'm better at being seen.  I'm not constantly running away, at least as much, anymore.  It's still nice to see my face, my clavicles, myself emerge.  I feel like I'm looking, and being, more like myself. 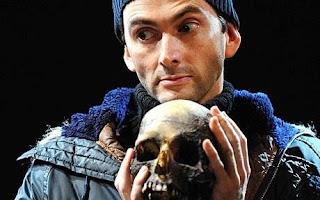 Which is the whole purpose to life, isn't it?

That's what vocation is: called to be the fullness of yourself.  Not just who you should marry, or what lucrative job you should pursue, which all may factor into the theodrama, but which are only tools towards vocation, not vocation itself.  Rather, we are each called to true humility: which is to see yourself, and to let yourself be seen.  Both those parts of you that still need work, and those parts of you that shine.  To be without apology for either.  As a certain skull carrying Dane might say: "To be."

I am still learning this.  I suspect I shall be learning this my whole life, if the saints are any guide.  But considering that I've plateaued at present with my weight loss, considering that it can be easy to forget who you were or where you've come from in the desire to leave past trauma behind, I thought it might be worth not only to stop running, but to stop running from myself.