Why Do We Leave Things Behind? 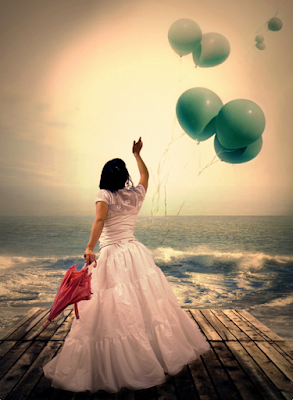 There's something in this argument from Bad Catholic that can be true of any addiction; any impetus to change. Why did I have bariatric surgery after a lifetime of being comfortably fat? Because one friend encouraged me to be BETTER. Because a lifetime and others going out of their way to give me new eyes that let me see worth.

The same is true of cutting off toxic relationships; or opening yourself up to new ones; or deepening old ones. We change not because we scorn the thing we leave behind - in fact, we liked a lot of what was killing us - but because there is something MORE, *you* were made for more, and He rather thinks that you are worth the fighting for.

The following puts words around or at least towards something I am trying to understand. It is something to the essence of the demanding nature of Love: not that "thou shalt not" (which is true, as far as it goes, but is a child's command, not an adult's reason; Psyche in the dark) - but rather that Love says: "Thou Shadow: Come Alive!" Love enters with a sledgehammer and the hope of who you Are.

Life is rising to the adventure of His ecstatic, terrifying heights - wading into the danger that you might find yourself beloved; Death is saying: "Thank you, sir, but I'm not worth much more than this," before turning back to lifeless screens with Cheeto stains and the echoes of real people.
From the article:

"Why do we leave things behind? What motivates us to shuffle off a habit and say 'never again?' When we realize something is bad for us, sure — but also when we realize that we are too good for something. Children stop sucking their thumbs and holding their blankets, not because these things are given negative values, but because they give themselves a positive value: 'I am a big boy/girl now...'

"Elitism is an engine of moral growth. The Christianity that advocates humility does not annihilate it, but turns it inwards. We are no longer free to posture as better than our neighbors. Instead, we are to become better than ourselves."

You can read the whole article from BadCatholic here: "Towards a New Argument Against Pornography."