On Tuesday & Wednesday, Sept. 13 & 14, from 6-9 p.m. in the Mini-Theatre at Hudson High School, for all interested students, we will be holding auditions for Shakespeare's The Tempest, which will perform the weekend before Thanksgiving.

Basic Concept of the Play:

In my research on The Tempest, a few thoughts struck me:

1) Essentially, the play is made up of four plots that begin but don't really go anywhere

2) This is generally acknowledged to be Shakespeare's last play, and Prospero to be a slight reflection of the playwright himself (especially Prospero's final speech)

3) Peter Brooke, the revolutionary director and author of The Empty Space, said that Tempest was the Shakespeare play he returned to time and again because it really was an expression not so much of a particular plot as the interior being of those creating the world of the play

4) Although the Colonial overtones are obvious (esp. re: Ariel and Caliban), there's something to the Freudian interpretation - best represented in the movie sci-fi adaptation, Forbidden Planet - that Caliban is Prospero's id and Ariel his superego. 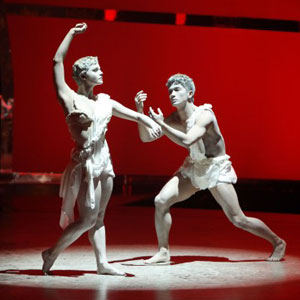 For me, then, mixing in the element of a King Lear-esque Shakespeare writing his own ending through Prospero, Caliban turns into all those doubts, those fruitless ambitions, those petty jealousies, those frustrated hopes - while Ariel remains the unattainable and only nominally governable muse.

The titular tempest becomes Prospero's frustrated and final attempted to write something of worth, to expend all the words within him.  Miranda becomes his secretary, his protege, his literary daughter, a fleshy incarnation of his muse - the next generation of wordsmiths - who looks always forward without understanding the shoulders of the giant on whom she so firmly stands.

Each of the four plotlines, therefore, are being "written" as they happen: 1) Miranda's romance with Ferdinand; 2) Caliban inciting the fools, Trinculo and Stephano to rape Miranda and usurp Prospero; 3) Antonio and Sebastian conspiring to kill the King of Naples and his resident philosopher, also to ultimately rule this desert isle; 4) and Prospero's attempt to master and reconcile with all involved - in particular with Ariel, Caliban and Miranda.

And sometimes, the character write their own destinies (e.g., Miranda writes Ferdinand for herself).

Quelle surprise, I'll be including music and dance in the play as well (because it's in the play...and, c'mon, I'm directing).  I'm not sure of everything I'm using, but I'm definitely using "Falling" by The Civil Wars, probably in place of the random Isis masque at the pseudo-marriage of Miranda and Ferdinand. 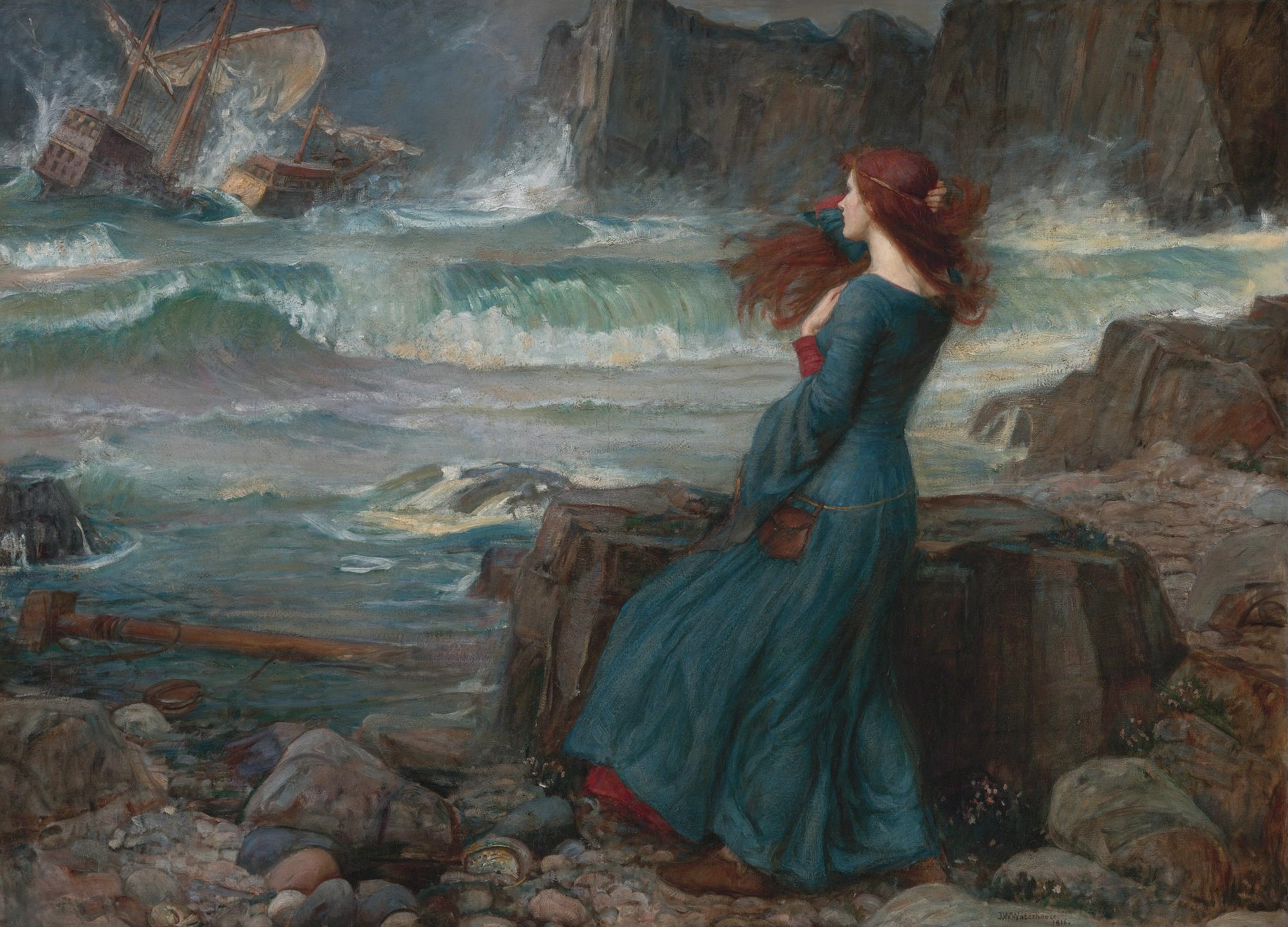 I'm very much looking forward to what each of you brings to auditions!  We're going to have a grand time, I think!