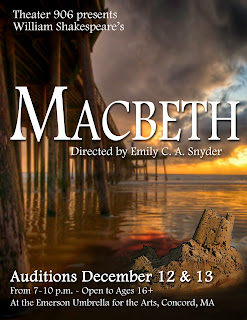 With auditions coming up next Monday & Tuesday (see here for more information!), I'm getting excited by our Macbeth on the boardwalk, dans le funfair, mit der sandcastles.

A common theme between both this and Tempest can be summed up from the Coldplay lyrics for "Viva la Vida:"