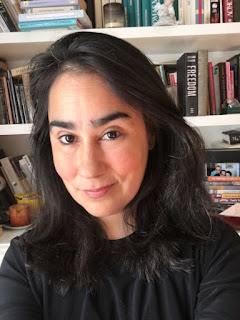 Welcome back to the Teatime Ten, an author interview series!  Today we get to host the witty and prolific playwright Jenny Lyn Bader, whose work has been featured by Turn to Flesh Productions, and whose latest venture brings performance...right into your ear!  Check it out!

1) Do you have any plays running in New York right now that we can see?

Oddly enough, I have one running that you can hear.  It’s a “phoneplay” called The International Local  on the app Subway Plays. It’s designed to be listened to on the 7 train between Times Square and Jackson Heights. The whole thing, roundtrip, runs about an hour. The app also includes plays by two other playwrights, Jessie Bear and Colin Waitt, set respectively on the N and the L lines. It’s self-scheduled, so you don’t have to make a certain curtain time, and “intermission” can take as long as you want.

Of course after you’ve downloaded the app you can listen anywhere, but to get the full sensory and site-specific experience, you probably want to be on the appropriate train line.

3) Writing a “phoneplay” must present some unique challenges… What was the hardest part?

The director, Erin Mee, asked me to make the play reversible, so people could listen to one act on their trip from Manhattan to Queens, and then hear the second act coming back – but those with the reverse route could listen to it in the opposite order. That was a tough problem to solve. I turned to dramatic literature for answers but found none. Historically there have been dramatic structures where scenes could be scrambled into different orders, or where stories went in reverse, but nothing notable where two halves of a play could just “flip.” So I had to play with time a little.

Like driving a sputtering bicycle through a field of land mines.

Make sure you have air in the bicycle tires before setting off.

7) Any tips for playwrights?

Read your play out loud and play all the roles. When I was at the O’Neill Center they had the playwrights do that at the beginning of the development process, in front of a roomful of theatre professionals. But you can do it anywhere, in front of anyone. And it’s illuminating.

8) You've been granted the ability to solve all the world's problems, but you must do so in one word.  What's the magic word?  And why?

Listen. Without listening, human beings can develop completely deranged views of one another. So many have lost the capacity to do it. And it is so desperately needed.

9) A line of dialogue you wrote today is now the title of your memoir.  Justify.

"With the technology we have, spontaneity can be scheduled!" Of course that whole line would make a terrible title but I can see the phrase “scheduled spontaneity” being included in a longer one—e.g., Paradoxes: A memoir of intuitive logic, scheduled spontaneity, and conscious subconscious moments. Because I love it when opposites turn out not to be so opposite after all.

My short piece about Hannah Arendt, Mrs. Stern Wanders the Prussian State Library, will be performed at the Museum of Jewish Heritage on the morning of Wednesday, March 21st in the festival Untold Stories of Jewish Women. I’m in the early research phase of a new project with This is Not a Theatre Company, this one set at a certain New York City landmark.  And of course I’m always finishing all the scripts I’ve started… and re-starting the ones I finished. 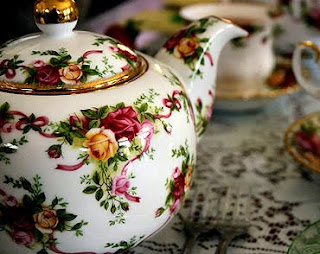 CONNECT WITH THE AUTHOR:
Connect with Jenny Lyn on Twitter or Instagram.  Stay up to date on her official website here.  Find Out How to Get Subway Plays here.

Want more?  Become my patron on Patreon today!  And join me on my new blog, the Pop Feminist!