Regina Jeffers returns with a new book, The Disappearance of Georgiana Darcy...and a new guest post below!   Fans of this blog will remember Regina's wonderful Teatime Ten Interview, and we're thrilled to have the prolific author return this week to give us some background information about an interesting historic event that becomes part of the plot of her latest novel.

Have a question about the novel?  Make sure you leave a comment below!  Regina would love to hear from you!

A Year Without Summer:

Benjamin Franklin was the first to establish the link between volcanic eruptions and climate change when he suggested the bitterly cold winter of 1783-84 in Europe was a result of the dust cloud from the massive eruption of Iceland's Mt. Laki in 1783. 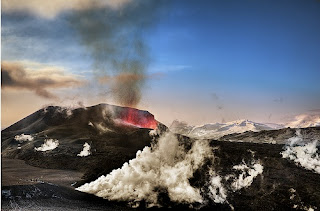 Mount Tambora, which is on the Indonesian island of Sumbawa, erupted on April 5, 1815, and resulted in an extremely cold spring and summer in 1816, which became known as the 'year without a summer.'
Tambora’s explosion threw so much material into the atmosphere that, as it spread around the world, it changed the climate of the entire planet. In 1816, it snowed in June in the United States and Europe. Crops failed, there was starvation, people lost their farms, and it touched off the wave of emigration that led to the settlement of what is now the American Midwest. In the meantime, hundreds of thousands more starved around the world. Rioting and looting was common. Europe, following the devastation of the Napoleonic Wars, was exceptionally hard hit, as was the U.S. with the hardships brought on by the War of 1812.
In both Europe and New England, snowfalls and frost occurred in June, July and August, and only the hardiest of grains survived. Destruction of the corn crop forced farmers to slaughter their animals. Soup kitchens were opened to feed the hungry. Sea ice migrated across Atlantic shipping lanes, and alpine glaciers advanced down mountain slopes to exceptionally low elevations.
The large amount of sulfuric acid, eventually produced in the stratosphere by sulfur-rich gases, released during the eruption, blocked sunlight with gases and particles and resulted in a cooling of the Earth's surface for several years after the eruption.
Low temperatures and prolonged rain caused crop failures in Britain. It was the third coldest summer recorded since record-keeping started in 1659. Parts of Europe suffered famine. Many rivers flooded due to higher than normal rainfall. It is estimated that 200,000 people died in Eastern and Southern Europe from hunger and from a typhus epidemic. Some countries had ash mixed in with snow.
Reportedly, Tambora gave us Mary Shelley’s Frankenstein. The late frosts of 1816 kept Mary and Percy Shelley holed up on the shores of Lake Geneva at Lord Byron’s house. Bored with nothing to do, Bryon suggested a ghost writing contest, but he and Percy soon abandoned their efforts. Meanwhile, Mary wrote her Gothic masterpiece during this time. The conditions also influenced artists such as JMW Turner, who tried to capture the beautiful colors of the sunsets.

In western England, Wales, and Ireland, farm laborers found themselves out of work in greater numbers than any of them could have imagined. Returning soldiers caused unemployment to rise sharply as famine threatened. Basic food prices soared, and starvation, disease, and infection rose because of malnutrition, as well as the constantly damp conditions.

Riots became commonplace. In one notorious riot, mobs ransacked 100 food shops. The Luddite movement, which had been suppressed by 1813, regained power. In one attack on a factory in Loughbrough, over £6,000 worth of machinery was broken.

Tambora’s eruption was mixed with two other natural phenomena to bring on the catastrophic effects. 1816 marked the midpoint of one of the Sun’s extended periods of low magnetic activity, which is called a Dalton Minimum. This particular Minimum lasted from 1795 to the late 1820s. This was a period of abnormally cold weather in the Northern Hemisphere. In addition, during this period, the Sun shifted its place in the solar system. This is a common occurrence, happening every 180 years or so. Known as “inertial solar motion,” the Sun moves its position around the solar system’s center of mass. Many believe the Dalton Minimum and the inertia solar motion contributed to the destruction found worldwide.

My latest novel, The Disappearance of Georgiana Darcy, is set in 1815, but the Tambora eruption is introduced as part of the plot. Darcy and Mr. Bennet prepare for the possible impact on their estates. The devastation that followed the eruption will take a prominent role in the next book in this Pemberley series. 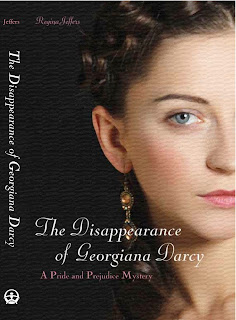 Shackled in the dungeon of a macabre castle with no recollection of her past, a young woman finds herself falling in love with her captor – the estate’s master. Yet, placing her trust in him before she regains her memory and unravels the castle’s wicked truths would be a catastrophe.

Far away at Pemberley, the Darcys happily gather to celebrate the marriage of Kitty Bennet. But a dark cloud sweeps through the festivities: Georgiana Darcy has disappeared without a trace. Upon receiving word of his sister’s likely demise, Darcy and wife, Elizabeth, set off across the English countryside, seeking answers in the unfamiliar and menacing Scottish moors.

How can Darcy keep his sister safe from the most sinister threat she has ever faced when he doesn’t even know if she’s alive? True to Austen’s style and rife with malicious villains, dramatic revelations and heroic gestures, this suspense-packed mystery places Darcy and Elizabeth in the most harrowing situation they have ever faced – finding Georgiana before it is too late.
About the Author: 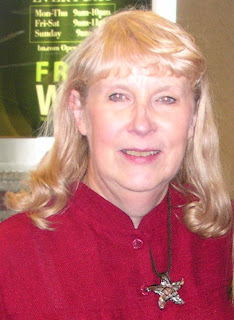 Regina Jeffers, an English teacher for thirty-nine years, considers herself a Jane Austen enthusiast. She is the author of 13 novels, including Darcy’s Passions, Darcy’s Temptation, The Phantom of Pemberley, Christmas at Pemberley, The Scandal of Lady Eleanor, A Touch of Velvet, and A Touch of Cashémere. A Time Warner Star Teacher and Martha Holden Jennings Scholar, as well as a Smithsonian presenter, Jeffers often serves as a media literacy consultant. She resides outside of Charlotte, NC, where she spends time teaching her new grandson the joys of being a child.

Connect with Regina at: